How to recycle pesticides, herbicides, insecticides and fertilizers and their impact on the environment

How to recycle pesticides, herbicides, insecticides and fertilizers and their impact on the environment

Recycling  is becoming increasingly popular in view of the global problem of pollution , climate change and the drive to protect the world from environmental catastrophe.

In itself, recycling aims to protect the environment. This process recycles the waste in such a way that it can be reused to create new products.

One of the biggest benefits of recycling is that it saves the planet’s natural resources and reduces energy consumption. 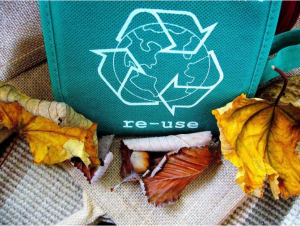 The impact of pesticides, herbicides, insecticides and fertilizers on the environment

What they all have in common is that they fall into the group of hazardous household waste . It is part of the garbage that is generated by every household, but has harmful properties or ingredients that can endanger the health and life of the population, as well as pollute the environment.

Pesticides, herbicides, insecticides and fertilizers for garden preparations used in the cultivation of crops. However, they contain substances that endanger soils and waters in greater quantities. 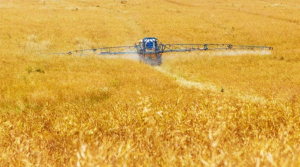 Pesticides are actually chemicals and preparations used to protect plants from diseases and insects. Although chemical methods have their opponents, they remain widespread among farmers . They can be of plant origin, but in agricultural practice, those obtained in a synthetic way predominate.

Insecticides are used against harmful insects and are used in agriculture and forestry. Herbicides are those weed killers.

Plant fertilizers contain elements to ensure the quality of agricultural products. But in addition to natural, they can have an artificial origin.

All these preparations have the property of toxicity, which classifies them as dangerous waste. Some preparations may be poisonous to certain species of animals or humans and others may be harmless. Therefore, when used, strictly adhere to the described amounts and dosages.

The problem is the period in which they decompose. Therefore, the storage of pesticides is subject to strict rules to prevent them from entering the soil, hence into groundwater and poison the population.

These are some of the main reasons why they apply to them, as with all other hazardous waste , the basic safety rules for handling, disposing, transporting, recycling and disposal. Under Bulgarian law, the Law on Waste Management regulates all such issues.

Hazardous waste should not be mixed with general waste . For this reason, they are transported separately. The municipalities determine their transportation in advance schedule with which they acquaint the population.

In order to collect hazardous waste, it is necessary to have specialized equipment and trained personnel who can safely handle poisons. The collected waste is stored in licensed landfills, where special methods are applied to treat it without risk to people and nature.

In some places, there is a possibility for the producer to request that his hazardous waste be removed. Another existing option is to hand over the hazardous waste to a specialized warehouse. Once safely collected, harmful waste can be stored once packaged or recycled. 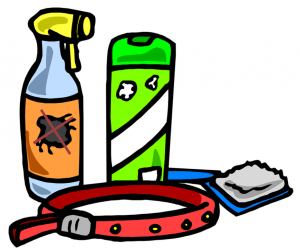 When disposed of, hazardous waste is transported to a warehouse . They should not be mixed with other waste as it may cause a chemical reaction that releases harmful substances.

Recycling as a process is only applicable to certain waste. In order to do it in the best way, it is imperative that the waste is properly separated in advance to avoid mixing. < / strong>

Another useful option is controlled incineration of hazardous waste. It is applied to those of them that are not flammable and do not emit harmful emissions during combustion.

There are special chambers or furnaces for this purpose, in which unnecessary objects and substances are destroyed. The waste product can be a risk if the ash gets into unregulated places.

Impact of pesticides, herbicides, insecticides and fertilizers on the environment

Experts believe that pesticides and fertilizers have a detrimental effect on nature and pose risks to the health and lives of humans and some other animal species.

Excessive use of them can lead to an imbalance in the ecological balance. Therefore, the benefits of their use in agriculture are increasingly denied or it is recommended not to overdo chemicals.

Recent research on the subject claims that some plant protection chemicals can protect crops from harmful insects, but at the same time may be harmful to agricultural production and soil.

Sometimes, when they come in contact with the soil, these preparations kill the microflora , which is useful and thus has a more negative effect. Agronomists explain that this can stop the natural process of rot and fermentation of plant residues.

It is also important that pesticides are used properly so that they do not become soil contaminants. This poses a risk to the health and subsequent harm to food users.

Beekeepers are increasingly worried because pesticides do not work well for bees. Almost 80 percent of flowering plants are pollinated by insects. When they come in contact with plant protection chemicals , many bees die.

Statistics show that up to 40% of plant products and foods are destroyed by various pests. On this one reason large farmers continue to rely on the use of pesticides, herbicides, insecticides and fertilizers on their farms.

In recent years, scientists have developed plant-based products that do not contain chemicals. But also protect crops from harmful damage. The goal is to preserve biodiversity and make the agricultural industry more environmentally friendly.

Products that are mainly extracts from other plant species have already been developed. They have been found to have fungicidal or insecticidal properties. Plant protection researchers are seeking to obtain similar products and special types of mushrooms . They are grown and propagated artificially to be implemented in a new innovative product that does not pose risks to humans and the environment.